Who is the Best Santa Claus in DFW? 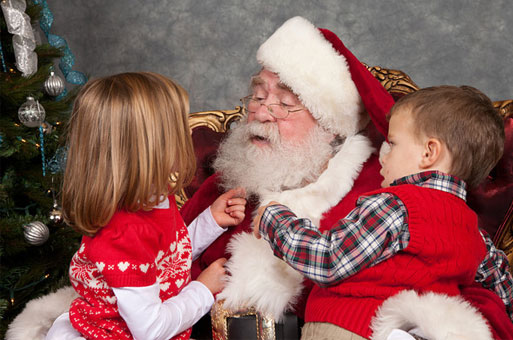 Mysti+Allen proudly provides only the BEST OF THE BEST real beard Santa Claus entertainers in Dallas-Fort Worth. On top of the list is Santa Allen who was even declared by HireSanta.com as Santa Claus of the year and has been consistently rated as the best Santa in Dallas. This spectacular Santa actor takes pride of his naturally luscious beard, charming smile, and delightful personality. He has been appearing in TV commercials for GameStop and JCPenny’s. He has also worked with Dallas Cowboys and Fortune 500 companies for their advertising and PR.

Another amazing entertainer is Santa Kelly who has been traveling the world to bring the spirit and magic of Christmas. He appeared as Santa for a cruise ship two years ago, and last year he offered his services all the way to China. Indeed, this internationally recognized Santa is perfect for all your events and projects. He has a broad range of loyal clientele and enjoys being surrounded by people. His goal is to spread positivity and love on the holidays.

Next on our list is Santa Henry who has been offering his services for the past few years to the City of Keller and Cooks Children’s Hospital at their parade and tree lighting events. This Authentic Santa Claus will surely WOW you and your guests with his first person version of “‘Twas The Night Before Christmas”. His alluring presence and gentle nature can definitely win the hearts of everyone at your event.

If you are tired of the same old Santa Claus performer, then Santa Mike is the one for you. This unique Real Bearded Santa impersonator has an impressive collection of Santa costumes that range from traditional Santa to Cowboy Santa, and everything in between. Your guests will surely not expect to have a Santa Claus this cool.

Another runner up is Santa Tim who is a professional singer and has a Ph.D. in vocal music. He has the perfect proportions, looks, and personality to make him the ideal Santa Claus for your party.